When IRS Eyes Are Crying

THE EVENING NEWS – Here is one of Donald Trump’s daughters – I can’t tell which one, they are all beautiful – standing in front of the White House saying, “I will be traveling across America and on April 15th will be seeing how happy everyone is to have their taxes cut.” Beautiful, but clueless. This April 15th is the deadline for filing our 2017 taxes, last year, under Obama. President Donald Trump’s tax cuts don’t go into effect until 2018. Nevertheless, it is easy to get confused over the new budget and how it will change our taxes, medical coverage and coffee we drink.

It’s called America First: A Budget Blueprint to Make America Great Again, and costs $4.1 trillion. Your share is every dime you’ll ever make, plus money earned by your descendants even until the fifth generation. During the last presidential campaign, it was vowed the tax form would be simpler. It isn’t. Indeed, some CPAs say the new budget is even more complicated. We were told we could fill out our federal income taxes on a post card. But do you really want your postal carrier knowing how much you make in light of that crummy Christmas tip you gave him? 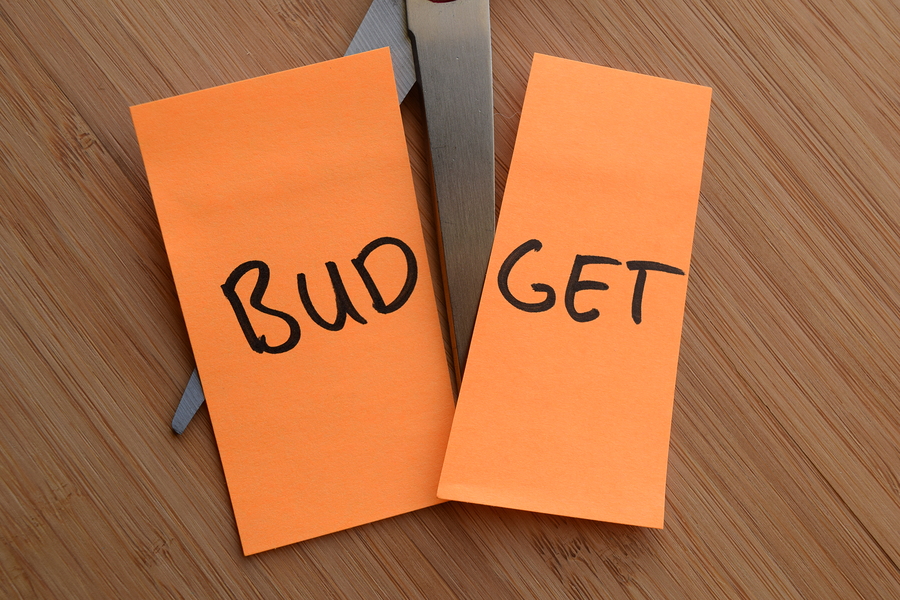 Anyway, let’s look at the new Blueprint. Trump has said he wants to “re-strengthen” our military, this despite the fact that we spend more on our military than the next six nations combined, upwards of $650 billion a year. Expanding our military has more to do with air bases and naval docks in Congressional districts than defense. The Pentagon today is not so much a war machine as a jobs program. In the 2018 defense authorization bill, Congress called for strength increases including 8,500 new soldiers, 5,000 new sailors, 5,800 new airmen and 1,000 new Marines. Trump has also publicly promised a 355-ship Navy and at least another 100 combat aircraft for the Air Force. This is in keeping with his campaign promise to “take care of the generals,” General Dynamics, General Motors and General Electric. Elsewhere, the Department of Homeland Security gets increased spending on border security and immigration enforcement, and to build a wall on the US-Mexico border, despite promises that Mexico would pick up the tab. You are now a citizen of Mexico.

How will we pay for all of this? Well, we won’t. After eight years of screaming about the Obama administration’s deficits and debt spending, this GOP budget will increase the national debt by – hang on — $1.4 trillion. Assuming current programs remain unchanged, the federal debt will swell by an additional $9.4 trillion over the next decade. Our children will understand. Still, the new budget does cut some wasteful spending, like on education, pollution and the National Institutes of Health. Specifically, it includes the elimination of food for education and water and wastewater loan programs. Smokey the Bear is going on welfare: The budget eliminates over 4,000 jobs in the Department of Interior and decreases funding for the United States Forest Service by $118 million. Hey, California, you don’t really need all those trees, do you? Out go funds for 49 National Historic Sites. It cuts funds to the National Oceanic and Atmospheric Administration, and programs and grants for teacher training, after-school and summer care, and aid to low-income students.

Houston, you will be happy to know the budget reduces funding for FEMA. The EPA, that pesky agency that tries to protect us from acid rain, coal sludge in our creeks and air you can climb, suffers the elimination of more than 50 programs and 3,200 jobs. It cuts funding for the protection of endangered species, like conservative Democrats and moderate Republicans. The State Department’s budget is reduced almost a third — 29 percent. Here’s something we can all support. The new budget reduces funding for the Internal Revenue Service. But before we cheer too much, remember that, according to press reports, “Since 2010, Congress has cut the agency’s budget by nearly $1 billion, or 18 percent, adjusted for inflation, as the I.R.S. processes about 10 million more tax returns.” Its work force has been reduced by 21,000, or nearly one-quarter. This means when you try to call the IRS for advice and help in filing your own returns, you get put on Hold for like three days. The size of the compliance staff — the pros who go after tax evaders — has shrunk by one-third, and the ranks of criminal special investigators are thinner than at any time since the Nixon era. This means a lot of tax cheats have been getting by, and now even more will be able to dodge Uncle Sam. Guess who gets to make up the difference? I guess this also means we’ll never see Trump’s income taxes.

We are promised lower federal income taxes, but maybe not. Our first clue was the lobbyists circling above the Capitol. Stealing from other researchers, I find that a law was passed in 2004 giving companies a tax break on income that manufacturers earned from making things in the United States. Starbucks hired lobbyists to claim that it, too, was a producer, because the company roasts coffee beans. So Congress allowed coffee shops to deduct a percentage of every cup sold if it was made with beans they roasted off site. This became known as the Starbucks Footnote. Suddenly, everyone became a manufacturer. Movie studios got the break because they produced films, and tech giants won it, too, for making computer software. Construction companies got it for making buildings, and so did engineers and architects for designing them. The government initially estimated that the 2004 law would cost a net $27.3 billion from 2005 through 2014. It ended up costing over $90 billion during that period. This new budget should end that end-run. Finally, I’m all for cutting out fraud and waste, like weekly golf trips on Air Force One to Mar-a-Lago. I’ll run it by the Trump daughters.

What’s In a Name?

The Size of Texas