The 9 Biggest Diet Mistakes (And How Not to Make Them)

These weight-loss strategies can actually prevent you from dropping pounds.

by Jonny Bowden, PhD, CNS, aka “The Rogue Nutritionist”™

Let me start by saying what this article isn’t: It’s not about rating diets. Instead, it’s an attempt to help you stay away from dieting pitfalls that can sabotage any diet plan, from raw foods to Atkins.

When asked to pick a list of the nine biggest diet boo-boos, I decided to go “non-partisan.” So you won’t find me saying that it’s a mistake to eat too much protein or too many carbs or give any other advice about what specifically to eat. Instead, I’ll try to steer you away from the general mistakes that people make on all kinds of diets and give you advice on what you can do to make any diet you choose work even better for you. 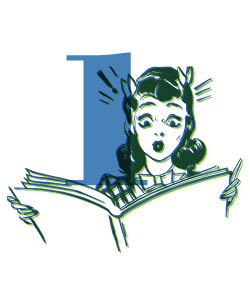 Trying to find the perfect diet

There’s a saying that goes like this: The enemy of a good plan is the search for a perfect plan. Nowhere is that more true than in dieting. Yes, there’s a wide array of choices, ranging all over the map from vegan to ketogenic (high fat). Yes, you should do a little research before choosing a plan. But don’t drive yourself nuts. You’re not choosing a religion, you’re choosing a template—a starting point from which to customize. Diets can be a good beginning, but they’re rarely an end point. Read enough to know how to make an educated guess as to whether you’re a “high protein” or a “high carb” type (or anything in between, from paleo to vegetarian), then pick a plan and give it a whirl.

Remember, different strokes for different folks. Some people actually like the clarity and simplicity of restrictive diets that tell you exactly what you can and can’t eat. Others are much more attracted to diets that give you some flexibility. The point is to be the pilot of your own dietary ship—if the plane drifts a bit and doesn’t seem to be going in the direction you want it to, make a course correction.

For almost four decades, the prevailing prescription for losing weight has been this: Cut your calories. And while I’m not going to tell you that calories don’t count—they do—it’s turning out that calories are very far from the whole story.

We now know that weight gain is almost always driven by hormones, and that there’s a whole symphony of hormones—like insulin, leptin, ghrelin, adiponectin and cortisol—that work together to control appetite, fat storage and fat burning. (Here’s proof that it’s not all about calories: Prior to the development of injectable insulin, people whose bodies couldn’t make insulin, i.e., type 1 diabetics, were completely unable to gain weight, even if they ate the entire buffet at the Las Vegas Venetian!)

The main trigger for insulin is sugar and starch, so while calories matter, so does your intake of processed carbs, which send the fat-storage hormone (insulin) through the roof, so that more calories get stored as fat. So pay attention to how much sugar and starch you’re consuming, no matter what diet plan you’re on! Too many can sabotage almost any diet program, even a lower-calorie one.

Many diet plans tell you to weigh yourself at particular times (once a week, for example). Many tell you weight doesn’t matter. All—correctly—tell you not to give the scale too much power, with some going so far as to recommend avoiding the scale at all costs.

But the scale can be a valuable tool—if you learn how to use it right and if you don’t give it too much clout. Let me explain.

Losing weight is not the same thing as losing body fat. Body fat is what you want to target, and sometimes changes in body fat can lag behind the numbers on the scale. For example, I’ve known people who have lost a good inch or two from their waist—or wherever else they were storing fat—without the scale moving at all. Eventually, sure, the scale catches up and begins to reflect the change. But not always, and not always quickly.

But that’s no reason to avoid the scale. (In fact, a new study from Brown University and the University of Tennessee found that people who got on the scale every day lost more weight than those who didn’t!) I personally weigh myself every single day just to keep track of what’s going on. I don’t give it too much power—if my weight stays elevated for a few days or a week, I might make a dietary modification or two, but having done this for a couple of decades, I’m very used to the scale going up or down kind of randomly within a given range. So by all means, weigh yourself if you like—or don’t if you don’t want to. But if you do weigh yourself, take the results as just one more piece of information about what’s going on. But also take note of your energy level, the inches you’ve lost, your hip-to-waist ratio and how you’re feeling in general! Those are just as important—if not more important—than what the scale says.

All Aboard for a Spectacular Rail Experience

Acetaminophen: The Most Common Drug in America

Foods for a Healthier Smile

Waking Up The Importance Of Sleep