Take Me to Your Litter

AISLE 4 – Cucumbers, tomatoes, carrots, kale. Why is kale such a hot item these days? Every yuppy and Gen X recipe features kale. Yuk! I’d rather suck rocks. One thing they all have in common is that customers put the veggies in these little translucent plastic bags. They are handy, and certainly beat wrapping your lettuce in a damp towel. But plastic bags can be a nuisance, or even deadly, which brings us to the Texas Legislature. 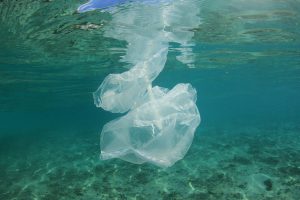 It seems that some Texans don’t like those plastic bags, and want to outlaw them, at least in their area. West Texas ranchers say their horses and cattle eat plastic bags that blow into the pastures, and die. Galveston residents who depend on tourism, say plastic bags clutter the beaches and hurt business. The endangered Kemp’s ridley sea turtles seem to love a good plastic bag for lunch, making the turtles even more endangered. Other towns just don’t like the clutter of bags clogging sewers, hanging from trees making their towns look blighted, or in some cases even more blighted. So they passed local ordinances banning the bags. Fort Stockton in West Texas approved a ban. The Galveston City Council unanimously backed an ordinance to ban those bags at stores. So did Laredo and Austin. Houston and San Antonio were taking steps in that direction. All told, about 11 Texas cities have banned the bags.

Statewide, they have been prohibited in places like California and Hawaii. But Texas is going in the opposite direction. Our Legislature passed a statewide law that, in effect, prohibits local governments from prohibiting the bags. Laredo merchants took note of this state law and sued. The city of Laredo argued it imposed the ban to avoid spending hundreds of thousands of dollars to clean disposable bags from the sewer system. Now the Texas Supreme Court has ruled Laredo can’t impose a ban on plastic bags, saying that the Texas constitution declares state law takes precedence over any local law, specifically, the ordinance violated state law that regulates solid waste disposal. The legal term for citing solid waste disposal as grounds for banning bag bans is “a real stretch.” This ruling by the Texas Supreme Court not only tosses out the Laredo ban, but will soon do the same to other cities’ ban ordinances, and end efforts by Houston, etc. to enact similar bans. Republican Atty. Gen. Ken Paxton applauded the decision and warned cities with existing bans to reconsider. “I hope that Laredo, Austin, and any other jurisdictions that have enacted illegal bag bans will take note and voluntarily bring their ordinances into compliance with state law,” he said in a statement. “Should they decline to do so, I expect the ruling will be used to invalidate any other illegal bag bans statewide.” That’s pretty clear.

Who would want to mess with Texas’ mess? Merchants, as mentioned, and Big Oil. You see, those bags are petroleum products, and with California and Hawaii already opting out of plastic bags, who knows how many other states will follow? But that industry doesn’t make state laws, does it? You must be new in town. Of course the oil and gas biz gets what it wants from the Texas Legislature. But there is another, and most disturbing, movement afoot: our state lawmakers telling local governments what to do, because our legislators know best what’s best for us. If the good people of Galveston want to clean up their beaches, what business is it of some lawmaker in Pampa or San Augustine? Why should a legislator from a Dallas suburb care about horses in Fort Stockton? Again, you must be new in town. Follow the money. Check the campaign donations of those who voted for the statewide ban on bans.

This long-distance meddling also follows a hypocritical power grab by our top state leaders. They love to exercise their power. Lt. Gov. Dan Patrick got involved in a Houston referendum on gay rights (it wasn’t called that, but it still lost). Patrick also called for the resignation of the Fort Worth ISD superintendent for his stand on transgender school bathrooms that differed from Patrick’s. Gov. Greg Abbott endorsed one Republican candidate for the state legislature over a more moderate one, who won. The governor once called these local rules “a form of collectivism.” The Republican-controlled legislature has even passed laws dealing with local governments’ ordinance on Uber, Lyft and cutting trees. Remember these are the same pols who keep whining about “Washington interference.” Remember Gov. Abbott’s famous quote about keeping the feds out of Texas’ business when he was attorney general: “I go into the office, I sue the federal government, and then I go home.”

OK, all this time you have been wondering about plastic bags. The modern lightweight shopping bag is the invention of Swedish engineer Sten Gustaf Thulin in the early 1960s for the Swedish packaging company Celloplast. It was patented worldwide by Celloplast in 1965. The popularity of these bags began to snowball from the mid-1980s onwards. It is estimated that the number of plastic bags used and discarded worldwide is about 1 trillion annually, and an estimated 300 million plastic bags end up in the Atlantic Ocean alone. While the average consumer in China uses only two or three plastic bags a year, consumers in Denmark use four, Ireland: 20, Germany: 65, U.S.: about 300, Poland, Hungary, Slovakia: more than 400. Waterways and drains can be clogged by plastic bags and have been linked to severe flooding. Wonder if we should stop blaming the U.S. Army Corps of Engineers for the aftermath of Hurricane Harvey. Oh, and the bags don’t just kill horses in West Texas. About 25 children in the U.S. suffocate each year due to plastic bags, mostly laundry bags, and almost nine out of 10 are under the age of 1. Plastic bags can take up to 1,000 years to decompose, especially if they are filled with kale.

Brits Get Bad News Life on the other...

WE DON’T NEED NO EDUKASHUN

OUR YEAR OF TEARS

CRESCENT ON A ROLL