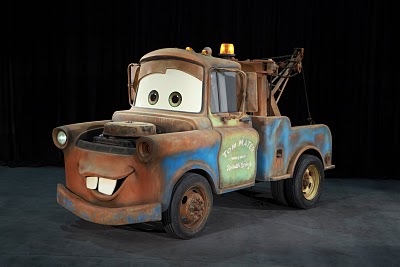 The State Farm Cars 2 Tour “Agents on a Mission” zooms into the Houston-area on November 9, 2011. The H-E-B plus! in Pearland will host the action-packed activities of the tour at their location between 2-6 p.m.

State Farm and Disney/Pixar have partnered to bring the secret agent adventures of Mater, Lightning McQueen, Finn McMissile and crew to life for young families across the nation. Fans will get the chance to take pictures with life sized replicas of their favorite characters as well as test their own secret agent skills by participating in various “missions,” including a training course.  Participants who complete all on-site “missions” will even have the chance to win fun prizes.

Cars 2, which premiered in theaters in late June 2011, follows the audacious autos from the original Cars movie as they kick up dust in the sequel and travel the world on the grand prix circuit before becoming secret agents. The State Farm Cars 2 Tour coincides with the DVD and Blue Ray release of the movie on November 1.

For those interested in more Cars 2 entertainment, State farm also invites fans to “Join the Force” when they receive a State Farm special agent card during the event at H-E-B. The card, containing a unique code, will allow the individual to register online and automatically enter for one of 18,000 prizes, including the grand prize – their very own family spy car!

HOUSTON RACES FOR THE CURE ON OCTOBER 5