“They are nothing but bunch of traitors and dirty rotten scoundrels. It’s unbelievable.” That’s Sean Hannity. He’s on the radio all afternoon and has an hour show on Fox TV at night. He spews forth hate, divisiveness and cynicism. Forbes says he earns roughly $36 million a year. Rush Limbaugh, who preaches much the same sermon, is in the middle of a five-year contract which is paying him $250 million.

You may or may not be in their audience, indeed, you may hate the hate, but in the words of the Kennedy family, don’t get mad, get even. In this case, get rich. Yes, you, too, Mr. or Mrs. Occupant, can cash in on the current polarization and frustration running rampant in America. It goes like this: Not since the Civil War has this nation been so divided, to the point where anything that comes along means we choose up sides. Maybe it’s the NFL, global warming or Donald Trump’s income taxes, we are ready to fight over it. And we are ready to pay the sponsors who pay the ringmasters who pander to our worst instincts. So clip and save this to make Big Bux. 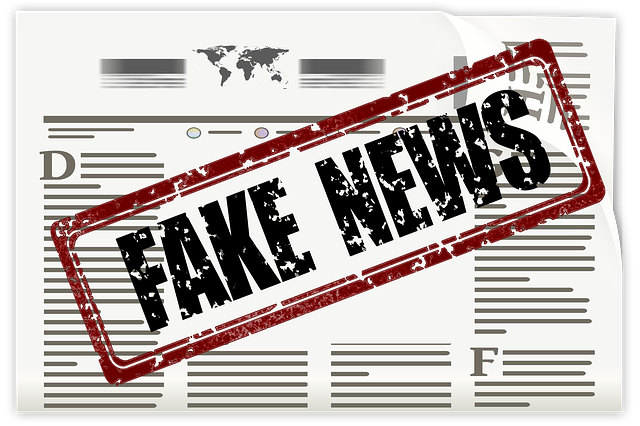 To be radio active, start low. Hannity began by calling into talk shows, then became an unpaid intern at a campus radio station. Limbaugh started out as a DJ. You can begin by listening and watching these programs to see how the experts work. Notice how they have filters to keep out any caller who doesn’t agree with the host. To get on the air, the caller must be a worshipful disciple. “It’s wonderful to talk to you. I’m in awe of your brilliance.” Don’t try to sneak into the program by telling the filter you are a zealot worshiper and then, once on the air, start lambasting the host. They are smarter than that, and have a 15-second delay switch. Your angry words will never be heard on the air. These programs are not a debate or exchange of ideas. They are a church service.

If someone with a different opinion does get through, he’ll get cut off. Dan Patrick, as a Houston radio host, would simply shout insults at the caller and then hang up. Patrick did so well at bad manners that he ended up as Texas lieutenant governor, and is already picking out his desk for the governor’s office. Try to call into a program, but don’t become frustrated if you don’t get in. Hannity has 13.5 million listeners to his radio program and receives more than 1,000 calls per line minute. I’m not sure what “per line minute” means, but it sounds like a lot.

Bone up on your own alternative facts. Today I heard Limbaugh again deny that global warming is for real. Find a sympathetic polar bear who agrees. Jay Leno once explained, “Global warming is already over. It’s called winter.” Keep harping on the same story, no matter whether it’s total nonsense. Nazi Minister of Propaganda (a great title) Joseph Goebbels, observed, “If you tell a lie big enough and keep repeating it, people will eventually come to believe it.” Thus we have Hillary and Benghazi, Obama the Kenyan and sex maniacs hiding in school bathrooms.

You need enemies. Us against them. Illegal immigrants have already been taken. Pointed-headed college professors are not very interesting. The press is always a good target. (Hannity describes mainstream reporters as “disgustingly biased, ideological and corrupt.”) This resounds well among those who never read a newspaper or watch PBS, but can tell you who won the rose in “The Bachelor.”

Conspiracies. Your audience is paranoid, and you can’t prove a non-happening, so black helicopters, the deep state and who really killed Cock Robin are always good. Even the grassy knoll can be dragged out on occasion. Fake news is a must. On Mike Huckabee’s talk show in October, Trump said, “One of the greatest of all terms I’ve come up with is ‘fake,’ ” In fact, the phrase “fake news” has been around for more than a century, but never mind the truth. Don’t get too sophisticated with subjects like the national debt or details in Obamacare. Again, remember you are pandering to the lowest common denominator.

Along with enemies comes strawmen – people or events that have no importance or don’t even exist, like Texas Democrats. Keep the attention on yourself. A guest on Bill O’Reilly’s show said, “You’re interrupting me.” To which O’Reilly replied, “I’m paid to interrupt you.” Alas, no more. Another tip: Never invite someone on your show who knows more about a controversial subject than you do. She may make you look like an idiot. Never have on anyone who disagrees with you, and always ignore anything you said in the past that has proven you wrong. Do not mention Vladimir Putin, Michael Flynn or even Russia. Open your show with patriotic music or, on TV, also have an American flag on the screen. It shows you are a true God-fearing patriot.

You may be wondering who is going to pay you for such drivel, which brings us to commercials. Listen and watch closely for commercials. You don’t find Ford or Busch advertising on these programs. No, you get plugs for dog food, erectile dysfunction, tax cheats and aluminum siding. Don’t be too proud. Their money is as good as anyone’s and, as we can see, there is plenty of money going around in this circus.

Well, there you have the playbook for how to cash in on America’s anger, angst (don’t use fancy words either) and demagoguery. But don’t let it bother you that you may be doing more harm than good. Jon Stewart accused Tucker Carlson and Paul Begala on the TV show “Crossfire” of tossing aside meaningful public discourse in favor of an anger-fueled partisan brawl, saying, “Stop, stop, stop, stop hurting America.” Who cares? You can cry all the way to the bank, as Joseph Goebbels probably said.

Life in the Future, Tense

ALL THE NEWS THAT FITS