There’s something for everyone on stage at Miller Outdoor Theatre in Hermann Park. From daytime programs especially for young children to family friendly evening performances of music, dance, theatre and more, this is Houston’s best entertainment value. Admission is FREE!
For a complete schedule, visit www.milleroutdoortheatre.com.

Please note important change in Tickets and Seating policy and procedure this 2011:
***ALL performances except for movies and the daytime children’s performances require tickets for assigned seating under the canopy.
Free tickets are available on a first-come first-serve basis (4 per person over age 16 while they last) at the Miller Outdoor Theatre box office the day of the performance between the hours of 10:30 a.m.—1 p.m. for assigned seating under the canopy. If tickets remain at 1 p.m., the box office will re-open one hour before show time to distribute the remaining tickets. As always, open seating on the hill.
Under normal circumstances, all unoccupied/unclaimed seats are released 5 minutes before the show is scheduled to begin. We encourage all patrons to be in their assigned seats at least 10 minutes before showtime to insure that their seat is not released. Again, there is NO charge for tickets. Tickets may not be reserved by phone. Only four (4) tickets per person. At managements’ discretion, all unoccupied seats may be released at any time for any reason.

Swing, Jive and Pop! Into Dance
March 23, 11 a.m.
Dance of all styles and eras from the 1930s to today explode onto stage to engage, entertain and enlighten students of all ages.
Produced by Houston Metropolitan Dance Company 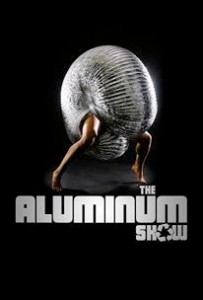 The Aluminum Show
March 24 and 25, 8 p.m.
Houston debut of Israel’s hottest theatrical sensation! Industrial materials are brought to life in this tour de force production that combines movement, dance, visual theater and plenty of humor.
Sponsored in part by the Consulate General of Israel
Presented by Miller Outdoor Theatre 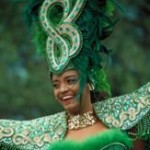 Carnival Connection
March 27, 7 p.m.
A celebration of exciting Gulf Coast and Caribbean music and dance, kicked off with a screening of the film “Carnaval Dominicano.”
Produced by Houston Institute for Culture

Swing, Jive and Pop! Into Dance
April 20, 11 a.m.
Dance of all styles and eras from the 1930s to today explode onto stage to engage, entertain and enlighten students of all ages.
Produced by Houston Metropolitan Dance Company

The Princess and the Pea
April 22, 11 a.m.
A bilingual (English/Spanish) adaptation of the Hans Christian Andersen classic. Will the Princess pass the test and marry her Prince?
Produced by Express Children’s Theatre

Celebrate Earth Day at Miller
LUMA: The Human Light Show
April 22 and 23, 8:15 p.m.
The ingenious LUMA returns for two illuminating Earth Day performances! The stage is darkened and all ambient lights turned off, proving we can save energy and have fun! Interactive and informative Earth-friendly displays on the plaza nightly beginning at 6:00pm.
Sponsored in part by CenterPoint Energy and Momentum Luxury Cars.
Presented by Miller Outdoor Theatre

Robin Hood
April 26, 11 a.m.
Follow Alice down the rabbit hole and into a land like no other! Children will delight in this fresh adaptation that brings them right into the center of the action.
Produced by InterActive Theater Company

In the Mood…for Dance!
April 29, 8 p.m.
A swinging evening of contemporary dance set to music of the Big Band Era.
Produced by CORE Performance Company

East Meets West IX
April 30, 8 p.m.
Some of the best dance from the east and the west – featuring contemporary, modern, hip hop, ballroom and Chinese dance.
Produced by Dance of Asian America

Matter of Food, Round 34