May 2014 Performance Calendar at Miller Outdoor Theatre in Hermann Park

There’s something for everyone on stage at Miller Outdoor Theatre in Hermann Park.  From daytime programs especially for young children to family friendly evening performances of music, dance, theatre and more, this is Houston’s best entertainment value. Admission is FREE! For a complete schedule, visit www.milleroutdoortheatre.com.

Free tickets for evening performances are available on a first-come first-served basis (four per person over age 16 while they last) at the Miller Outdoor Theatre box office the day of the performance between the hours of 10:30 a.m.—1 p.m. for assigned seating under the canopy. If tickets remain at 1 p.m., the box office will re-open one hour before show time to distribute the remaining tickets. As always, open seating on the hill.

Under normal circumstances, all unoccupied/unclaimed seats are released five minutes before the show is scheduled to begin. We encourage all patrons to be in their assigned seats at least 10 minutes before showtime to ensure that their seat is not released. Again, there is NO charge for tickets. Tickets may not be reserved by phone. Only four (4) tickets per person. At managements’ discretion, all unoccupied seats may be released at any time for any reason.

Swing, Jive & Pop! Into Dance
May 1, 11 a.m.
MET Dance’s “Swing, Jive and Pop into Dance” incorporates history, fashion, music and the arts into an interactive blast of excitement.
Presented by MET Dance

Philippines: Pearl of the Orient feature Leyte Dance Theatre
May 2, 8 p.m.
After 20 years of artistic pursuit, the Leyte Dance Theater can rightfully claim a place among the top dance companies in the Philippines.
Presented by People Caring for the Community, Inc.

¡Ritmo Latino! Featuring Pedrito Martinez Group
May 3, 8 p.m.
Recognized as the leader of the Afro-Cuban sound, with their roots planted firmly in the rumba tradition, the Pedrito Martinez Group revels in the Bata rhythms and vocal chants of Yoruban and Saterian music.
Presented by Society for the Performing Arts

Cinco de Mayo at Miller featuring Natalia Lafourcade
May 4, 8 p.m.
Rice University Mariachi Luna Llena kick off the festivities before Mexican pop-rock singer and songwriter Natalia Lafourcade takes the stage to celebrate and continue the tradition of Cinco de Mayo at Miller.
Presented by Miller Outdoor Theatre in partnership with the Consulate General of Mexico in Houston 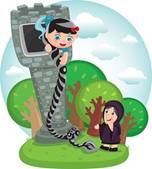 Rapunzel
May 8-9, 11 a.m. each morning
The witch Bruja has horrible hair and uses peppers to concoct potions to try and transform it. When Bruja’s neighbor, Rapunzel, stumbles into her garden, Bruja sees a chance to have luxurious hair another way – by stealing Rapunzel’s hair!
Produced by Houston Grand Opera/HGOco

Highlights of Houston Ballet
May 9-11, 8 p.m. each night
Houston Ballet will present an evening of ballet displaying the company’s growth and talent since Stanton Welch joined as Artistic Director in 2003. The program will include works choreographed by Mr. Welch that continue to engage and inspire audiences.
Produced by Houston Ballet

Three Little Pigs
May 19, 11 a.m.
A bilingual (Spanish/English) show about three brothers…one messy, one a daydreamer and the other always has a plan for the future.
Produced by Express Children’s Theatre 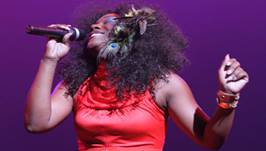 Tomas and the Library Lady
May 27, 11 a.m.
When he’s not working in the fields con su familia, young Tomas looks for more exciting cuentos like the ones his Papa Grande tells. The Library Lady loans him his first libros and helps him create his own stories. He even teaches her a little Spanish!
Presented by Young Audiences of Houston and Brave Little Company

Vivaldi Dances in the Park
May 30, 8 p.m.
Vivaldi Dances in the Park brings the best Houston has to offer in contemporary dance and classical music to the Miller stage. This impassioned evening of dance by CORE Performance Company pairs Vivaldi’s recorder concerto La Notte, performed by Houston’s own Mercury, with CORE’s inspired originality.
Produced by CORE Performance Company

A Celebration of Life

LEARN HOW “BAT’S ARE DOIN’ IT”

Celebrate the importance of after school in greater...