There’s something for everyone on stage at Miller Outdoor Theatre in Hermann Park.  From daytime programs especially for young children to family friendly evening performances of music, dance, theatre and more, this is Houston’s best entertainment value. Admission is FREE! For a complete schedule, visitwww.milleroutdoortheatre.com .

Free tickets for evening performances are available on a first-come first-served basis (four per person over age 16 while they last) at the Miller Outdoor Theatre box office the day of the performance between the hours of 10:30 a.m.—1 p.m. for assigned seating under the canopy. If tickets remain at 1 p.m., the box office will re-open one hour before show time to distribute the remaining tickets. As always, open seating on the hill.

Under normal circumstances, all unoccupied/unclaimed seats are released five minutes before the show is scheduled to begin. We encourage all patrons to be in their assigned seats at least 10 minutes before showtime to ensure that their seat is not released. Again, there is NO charge for tickets. Tickets may not be reserved by phone. Only four (4) tickets per person. At managements’ discretion, all unoccupied seats may be released at any time for any reason.

The Magician’s Nephew
June 5-6, 11 a.m.
Before there was the wardrobe, there was the Magician. Adapted from the exciting first story in The Chronicles of Narnia series by author C.S. Lewis, the play follows Digory and his friend Polly as they battle the evil Queen Jadis. Dramatized by Aurand Harris.
Produced by AD Players

Sizzling Summer Dance
June 6, 8:30 p.m.
Kick off your summer at the annual Sizzling Summer Dance Concert! Get a sneak peek of a World Premiere by New York based choreographer Joe Celej and 2014 Emerging choreographer Steven Vaughn. The evening will also include some of the Met’s most celebrated works. A diverse and versatile program bursting with dance, music and spirit, catch MET in their final performance of the season in a show perfect for all ages.
Produced by Met Dance – Photo Credit: Ben Doyle / Runaway Productions 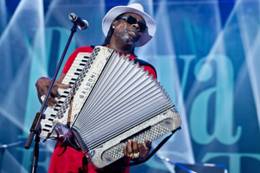 25th Annual Accordion Kings and Queens
June 7, 6 p.m.
Celebrate the best of “Texas Squeezebox”! Come out for an evening of dancing and roots music and help Texas Folklife celebrate the Accordion Kings & Queens Festival 25th anniversary! It will be a star-studded affair, featuring Mark Halata & Texavia and C.J. Chenier & the Red Hot Louisiana Band. Plus, there will be a tribute to Conjunto and Tejano music pioneers with Avizo and many more.
Produced by Texas Folklife 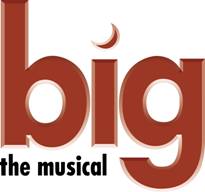 Get ready to see the classic 1987 motion picture fantasy burst onto the stage in an unforgettable theatrical experience. When frustrated adolescent Josh Baskin wishes he were “big” and wakes up the next morning a 30-year-old man, he discovers there’s much more to being an adult than he’s bargained for and learns we must all grow up at our own pace, in our own time.
Produced by Theatre Under The Stars’ Humphreys School of Musical Theatre

Sounds Like Fun!
June 24, 11 a.m.
The Sounds Like Fun! Series returns to Miller with a relaxed and dynamic music experience designed for the whole family.
Produced by the Houston Symphony

Making it Better and Look Good Doing It