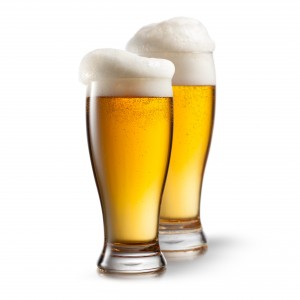 “It’s just beer.”
Many beer lovers cringe when they hear that. For so long, it has been the song of those who
denegrate our beloved beverage, as if it were no better than prison hooch. They are judging us
for allegedly wasting our time on something not at all worth it, often while they write endless
poetry about some secluded spot in Sonoma. For those of us that enjoy discussing beer, seek out
different beers, and even travel all over the country and globe in the name of beer, “it’s just beer”
is the ultimate insult.

However, it also was the motto of one of the wisest beer lovers I’ve ever known. Ken Rich, a
long-time homebrewer and homebrew shop owner, often said “it’s just beer.” Let me tell you
why. As the craft beer movement grows more quickly than a snowball in an avalanche, I hear
(and even find myself) in more and more nitpicky arguments about details of beer styles, beer
names, beer ingredients, beer politics, and a whole raft of other overblown subjects. In fact,
there are websites with volumes of such arguments. Instead of using our mouths for something
more useful (such as removing beer from a glass), we go on and on for hours about how worthy a
beer is when it does not meet Reinheitsgebot, how sour a saison really should be, what place any
fruit has in any beer, whether this IPA really is a good IPA, and (o, the mother of them all for the
last few years) how in the world can we call a beer both “black” and “pale” at the same time.

You know you’ve done it. We all have. Chances are we will again.
When Ken was still walking this Earth, though, he would tire quickly of all that. He would let us
know that he had with “guys, it’s just beer.” However, when Ken said it, he was holding beer on
high. He meant that we needed to relax, open our minds, and leave all the persnickety details
behind. Would we visit Mount Rushmore and spend all our time complaining that George
Washington might have a hair out of place? Of course not. Likewise, we shouldn’t sit there at
the bar and hold this glorious thing, this gift that human hands have crafted for ten thousand
years, and just go back and forth like barking dogs. Of course not. Rather, we must enjoy that
beer, any beer, for what it is.

Now, don’t get me wrong. There are times and places for all those details and arguments, but
they really are quite few and far between. Most of the time, we need to sit back, enjoy the
moment, and remember that “it’s just beer.”

Good point. Education should enhance enjoyment, not undercut it. When we sip beer, or do anything else, we should be in that moment. It is what it is, and every moment we can live in the present without comparing it to other moments is a gift.