June 11, 2018
With summer here and travelers seeking fun festivals, one of the hottest tickets in July will be the international Food & Arts event taking place in one of Mexico’s most popular destinations – San Miguel de Allende- from July 12-15:
Dozens of dinners, events and activities are planned over the four days including themed feasts, tastings, art exhibits and performances, and a grand marketplace of food, spirits and art.  The themed dinners and lunches, which cost between about $77 and $150 each, and the After Party can be booked at www.magmexico.com. 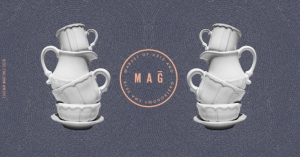 MAG will get underway on July 12 with a Kickoff Dinner in Moxi at Hotel Matilda themed “Beyond Borders – Mexico.” The event will feature acclaimed Mexican chefs Eduardo Garcia of Maximo Bistrot, Alan Mendez of Pasillo de Humo and Francisco Ibañez of Moxi, along with exhibits by artist Eugenia Martinez and music by Los Rumberos de Massachusetts.
A series of themed dinners and lunches will celebrate the cuisine of different countries with noted chefs cooking and artists exhibiting their works. In addition to the Mexico-themed dinner at Moxi, there will be:
A grand market of gastronomy, food, drink and art, the Marché, was a huge hit in the inaugural MAG last year and it will be back for three days, July 13-15. Held in San Miguel’s beautiful Parque Juárez, it will feature some 100 booths offering tastings ‒ dishes by leading restaurants, tequila, spirits, beers, wines and cheeses, as well as an installation by artist Eugenia Martinez.
0 comment
0
Facebook Twitter Google + Pinterest