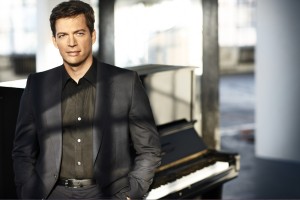 Society for the Performing Arts adds
Harry Connick, Jr. to the 2010-2011 Season

Society for the Performing Arts announced that Grammy and Emmy Award winner, Tony Award nominee and multi-platinum recording artist Harry Connick, Jr. has been added to the 2010-2011 season. Harry Connick, Jr. & ORCHESTRA will perform Your Songs in Concert in Jones Hall on Tuesday, March 29, at 8 p.m.

Over the past two decades, Harry Connick, Jr. has proven to be among the world’s most successful and multi-talented artists. While he first reached a mass audience as a pianist, singer and bandleader, his subsequent success in theater, film and television have secured his place in the public eye as a renaissance man and a versatile entertainer second to none.

Raised in New Orleans, Connick first performed publicly at age 5, appeared on his first recording at age 10 and released his self-titled major-label debut on Columbia Records at 19. Since then he has recorded more than 24 albums which have garnered sales of over 25 million, and is ranked among the top best-selling male artists in the United States by the Recording Industry Association of America. His most recent album, Your Songs, was released on Columbia Records in 2009, featuring Harry’s versions of 14 classic popular songs.

About Society for the Performing Arts
Founded in 1966, Society for the Performing Arts (SPA) is the largest independent non-profit presenting organization in the Southwest. Since its inception, SPA has sponsored more than 850 performances of the world’s finest music, dance and theater events, in adherence to the belief that the arts are fundamental to the overall enrichment and quality of life within the community. In addition to presenting artists, SPA seeks to provide a variety of learning experiences for adults and children through master classes, lectures and special student performances, as well as build relationships between the performing arts and other interests within the greater Houston area and throughout the state of Texas.

Bayou City Outdoors present Get Into the Outdoor...