Getting Down and Dirty

THE YARD – OK, my last get-rich-scheme didn’t work, but how was I to know that Trump would be such unifier? This time, it’s a sure-fire bonanza. I’m going to sell dirt. You laugh, so I will explain. The New York Times runs the Times Insider, which delivers behind-the-scenes insights into how news, features and opinion come together at the paper. The book editor explains how her staff reviews about 3 percent of the books they receive. Covering the White House is most interesting. Often the first-person articles are very funny or self-deprecating. Recently, the paper ran a story in that series about how their science writer, who focuses on climate change (yes, with 1,200 journalists they can specialize) went looking for a bag of dirt. Not very scientific, but important to him and his family. 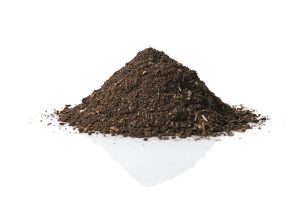 You see, the reporter is John Schwartz. Both he and his wife, Jeanne, are from Texas, but they were living in New York City, unable to return home for the birth of their first child, and they wanted the baby to at least be born over Texas soil. Schwartz got friends back home to send him Texas soil from various parts of the state, including his home, Galveston. One friend also sent some soil — he said he chipped a piece off the Alamo, too, but Schwartz didn’t believe him. He wrote: “It might sound like a nutty idea, but it wasn’t a new one. I first heard of it during a study abroad program in Siena, Italy, in the 1970s. The Sienese have fierce loyalty to their neighborhoods, or contrade. Since there was, historically, only one hospital in one contrada, people from the others would bring some dirt from their own neighborhood into the delivery room for births.”

The expectant father checked with the delivering doctor about the idea. She said it was fine (she was Italian) so long as the dirt was in a sealed container and placed underneath the delivery table. Alas, after all the trouble, Swartz was stuck in traffic and missed the birth of daughter Elizabeth. End of story? Not quite. Schwartz explains: “Despite the frequent characterization of people who work at The New York Times as Northeastern elites, we come from all over the nation, and the world.” He wrote that some of the journalists want to pass that heritage on to their kids, which is how a humble bag of dirt became a newsroom resource.

Other Times’ Texans heard of the bag and one by one sought out the soil for the birth of their own Texpatriates. Once Schwartz had to race downtown to greet an impending father who stepped out of the delivery room to meet Schwartz in a hospital hallway. He tossed the bag. His fellow Times’ journalist snapped it out of the air and ran back to the delivery room just in time. Last October, the Times Metro reporter, Emma Fitzsimmons, borrowed the bag for the birth of her first child, Hudson. Her dad wrapped the bag in a little Texas flag and, the new mother later related, she “touched the flag to his cute little baby toes within a few hours of his birth so that he would ‘step foot on Texas soil before any other.’” The flag remains wrapped around the bag for more births.

Swartz got resolutions from the Texas State Senate that mentioned the dirt and declared Elizabeth “a child of the Lone Star State.” (The resolution did not, alas, declare her eligible for in-state tuition.) He kept the bag for the births of their second and third children. “They got resolutions, too. Resolutions are fairly easy to get when your father is a former member of the State Senate.” His father was State Sen. A.R. “Babe” Swartz, whom I covered along with the rest of the lawmakers back then. Babe was a liberal Democrat (everyone was a Dem at that time) whom I remember because he once got in a fist fight with another senator on the floor of the Senate.

This bag of dirt story has a particular resonance with me, because I, too, worked at The New York Times, for seven years, which was too long, I should have come home before then. I worked in the Times City Room writing hourly news for the paper’s radio station. Never made it to the big time, but it was fun, and maybe I should have stayed longer. Despite what some like hear about failing newspapers and declining circulation, the Times has more readers than ever, and more than half read it on-line. Today, all those Texans working at the paper, is a big change. Back when I worked there, I was the Token Texan, the Lone Star Loner. It was a delicate time, because the Southern civil rights campaign was in full strength, and New Yorkers, having a perfect civil rights record, simply didn’t like Texans or any other Southerners. Things got really testy for us Dallasites on Nov. 22, 1963. A friend of mine from Big D was visiting a NYC office when another man ran in and shouted: “Now you’ve done it! You’ve killed our president!” I was regarded with suspicion, but no one messed with me.

This bag of Texas dirt program is actually not new. It used to be that some state office, probably the Texas Land Office, would mail a bag of Texas dirt to any former and homesick Texpatriate at no charge. They may still do it, I don’t know, but this brings me to why I am digging up dirt from my yard. It’s part of my latest get-rich-scheme: selling Texas dirt, plus smog from the Houston Ship Channel, cow droppings from the Panhandle and hot air from the Legislature.

No, I didn’t do the dirt bit. We have three kids. Two were born in NYC and live in Houston. One was born in Houston and lives in NYC. Go figure.

Ashby is dirty at ashby2@comcast.net

AS BIG AS TEXAS

THINK OUTSIDE THE BALLOT BOX

What are our Odds? Bringing a little sin...