Every Fire Has Its Place

THE HEARTH – It has been really cold lately, which I hate. Cold weather is God’s revenge for us complaining about global warming. Cold weather brings sleet, ice, car wrecks and frost-bitten ear lobes. If there is any saving grace for a cold winter it is this: the fireplace. Don’t you just love a crackling blaze, preferably in the fireplace? Most people do. It adds to the ambiance. Indeed, a Louisiana casino keeps a big blaze going in its lobby year round. There in the sweaty, hot, humid swamps, a big blaze goes 12 months a year. President Richard Nixon liked a fire so much that on summer days he would have the a/c in his White House office turned on so he could work by a nice fire. He wrote, “When I retire I’m going to spend my evenings by the fireplace going through those boxes. There are things in there that ought to be burned.” Like tapes? Too late, Tricky Dick. On the other hand, Joan of Arc did not care much for a roaring fire. 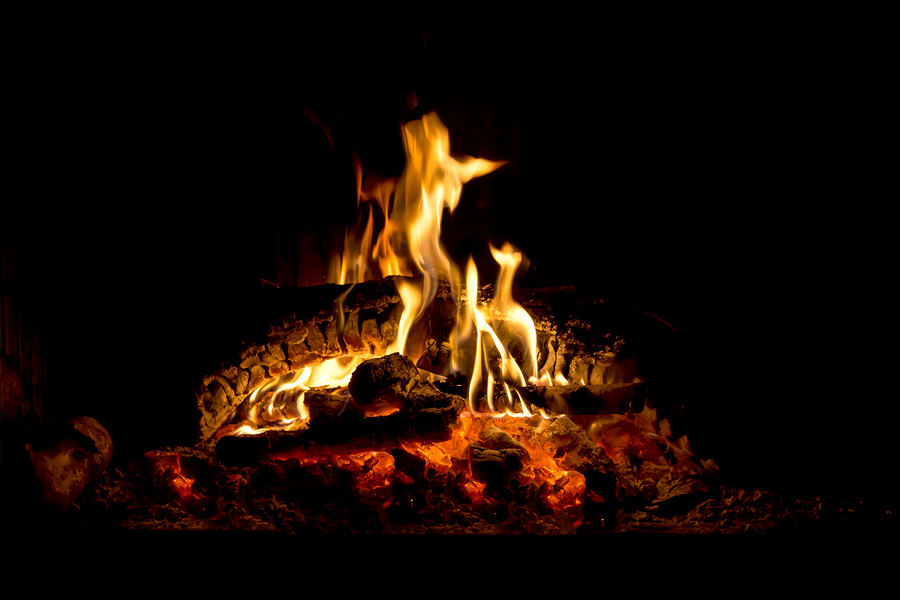 But here’s the problem. In the “Manchurian Candidate,” (no, I am not talking about the current administration), Laurence Harvey says, “The world is divided into two types of people. Those who walk into a room and turn the television on, and those who turn it off.” The world is also divided into those who like a wood-burning fireplace and those who like a gas burner. We what got couth feel there is no contest. Give me a wood burner any day, particularly on a cold day. To be fair there are many problems with the wood burner. You have to get a head start by planting a tree, then wait 10 to 20 years for it to grow wood. The inner lumberjack in you can’t wait to chop the sucker down, then split it into 3-foot chunks and haul them into the house. How much fuel can you bring in at a time? This is what I call the Firewood Factor. It measures your strength. I used to bring in six or seven split logs at a time. Today I count the twigs. Next is starting the fire. This requires patience because that wood is still green. Fortunately there are fire-starters that will help you begin the blaze. Fire-starters come in many sizes and shapes, but I prefer napalm. Every now and then, like in a year that ends in 00, you have to shovel out the ashes and dump them in your neighbor’s yard at night, or find a nearby stream. One must be careful not to dump the ashes too soon or you will have higher home insurances rates.

There is the argument for gas logs in fireplaces, especially if you sell gas logs. Gas logs spare trees, but so do plastic Lincoln Logs. And they require some material of their own: concrete. Most gas logs are made of concrete, of which there is a diminishing world supply. Indeed, the Obama administration wanted to put concrete on the endangered species list, but we all know what tree-huggers they were. Unlike wood-burning fireplaces, gas logs require gas. Do you really want to contribute to the diminishing gas supply? Also, gas-burning logs always look the same, while the wood burners continue to change shapes as the logs get smaller, flicker and occasionally roll across the hearth onto the rug, or maybe onto the fire starter you left nearby. Gas logs also sound the same, while flaming wood crackles, pops and smolders. I suppose one could get a tape recording of crackling fireplaces and play it while the gas only hisses. There is a solution for those who can’t make up their minds. Get a fireplace that has a gas pipe with little holes, like a flute, that runs across the bottom of the fireplace. Put logs on top. You light the gas escaping from the holes which sets the wood ablaze. It’s half and half, the best of both, the Preise of pine, the Tesla of timber.

We now take up the matter of air pollution. This is not new. London has suffered air pollution from burning peat and coal as long ago as the 1500s and 1600s. The worst was the Great London Smog of 1952, when weather conditions and coal smoke formed a thick layer of smog over the city. Government medical reports estimated that 4,000 people died as a direct result of the smog and 100,000 more were made ill. More recent research put the number of fatalities at about 12,000. For that reason, burning peat or coal for household heat is relatively rare in Texas. However, new EPA rules do not limit the amount of pollution a fireplace can generate, nor do the new rules limit anything else, including drilling for oil in Yellowstone Park, dumping sludge in the Grand Canyon or shooting grizzles. Gas-burning logs do not cause much smog, nor do they require chimney sweeps to occasionally clean the inside of smokestacks. But this means homeowners with gas burners don’t get to see Mary Poppins’ cast dancing on rooftops while singing, “Chim-Chim Cher-ee.”

In 1742, Benjamin Franklin – the first and last rich American journalist – invented the Franklin stove. It provided a more efficient way of getting heat from the burned fuel since it does not produce as much draft as a standard fireplace, and there is less loss of heat. You can still buy a Franklin stove today, but Ben no longer gets royalties. After Napoleon conquered Moscow and confiscated everything, the residents started stealing wooden fences to burn for warmth because it was cold, an unusual situation in Moscow in the winter. Napoleon ordered that fence thieves be shot, although some residents would steal the wood and sell it to their nearby friends. This gave us the expression, “Good neighbors make good fences.” Now excuse me while I throw some more peat on the fire.

Over Lock, Stock, and Barrel

TANKS FOR THE MEMORIES

THINK OUTSIDE THE BALLOT BOX