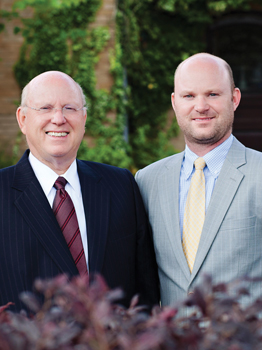 We are trial lawyers that get results where it matters the most: the courtroom. For more than 40 years, we have represented individuals and families that have been greatly affected by serious car, boating, and tractor-trailer accidents, medical malpractice, product and premises liability, and on-the-job accidents, including those at construction sites, refineries, factories, or on the railroad.

Alton C. Todd was admitted to the State Bar of Texas in 1971 after earning his law degree at Southern Methodist University. He is among the fewer than two percent of Texas attorneys Board Certified in both Personal Injury and Civil Trial Law. He is a member and Diplomate of the American Board of Trial Advocates and admitted to practice before the U.S. Supreme Court, the Fifth Circuit of the U.S. Court of Appeals, the U.S. District Court for the Northern and Southern Districts of Texas and Georgia.

Jeffrey N. Todd earned his law degree from Seton Hall University School of Law in 1999, is admitted to practice law in Texas, New York, New Jersey and Georgia, and has also obtained several verdicts on behalf of injured individuals.