A Product of Texas 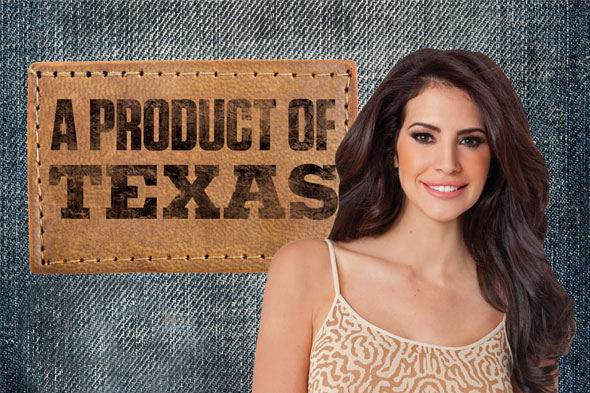 Without a doubt, some of the best looking people in Hollywood are from Texas. Matthew McConaughey, Renne Zellweger, Eva Longoria, Dennis Quaid, Jennifer Garner, Hope Dworaczyk. What? You haven’t heard of Hope Dworaczyk? Well, you obviously didn’t watch last season’s Celebrity Apprentice or the tall, lithesome beauty would be indelibly imprinted on your brain. But have no fear, even if you don’t know Hope, you soon will.

The 26-year old, Port Lavaca native began making tiny waves in the fame pool when she earned the title of Miss Teen Texas at age 16 in her first attempt in the pageant world since her toddler years. The title came with a modeling agency contract that soon had her finishing up her education early at Hope High School in order to head out on her own to New York City.

“I’m very fortunate to have such supportive parents. I’m not sure if I had a daughter, that I’d let her go,” says Dworaczyk (pronounced dor-ah-sic; ‘like Jurrassic with a D,’ she says). “But I think it was hard for my parents to say no to me when I was getting these great offers to start my career.”

With her 5’10 stature and natural beauty, not to mention the number of hours she spent perfecting her walk under the tutelage of a walking coach, it wasn’t long before Dworaczyk caught the attention of fashion designers from across the globe. Her modeling career skyrocketed as she stepped onto international runways in places such as Paris and Milan for names like Versace, Balenciaga, Lana Fuchs and Robert Rodriguez. A daunting task for most young girls, but the tall Texan says she approached it just as she has many things in life: head on.

“I tend to not think about things like that (being nervous),” she says. “With most big moments, I just take a deep breath and tell myself, okay, here we go.”

It may have been just that attitude that gave her the self confidence to pose for Playboy magazine in 2009; well, that and a nod of approval from Grandma. 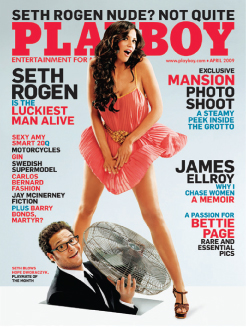 I was working out in the same gym as Holly Madison (one of Hugh Hefner’s former girlfriends), when she came up to me and a friend of mine and asked if we would be interested in doing a test shoot for Playboy. We just did some Polaroid-type shots,” says Dworaczyk. “Then I got a call saying they wanted me to fly out to L.A. for a real test shoot. I was nervous about telling my parents, but I got my grandma on the phone and she said, ‘If I was your age, I would go for it.’ So that’s what I did.”

Oddly enough, Dworaczyk had entertained the idea of posing for the magazine eight years earlier. “A good friend and I had come across her boyfriend’s Playboy magazine and had a big discussion on whether or not we would ever pose (for the magazine). It’s kind of funny, because at that point, I was too skinny. Playboy would’ve never asked me to do it. Anyway, we made a pact that, if we ever got the opportunity, we would do it,” Dworaczyk says. “I took that same friend with me when I did the shoot. Her being there when I shot it was special.”

Dworaczyk became the April 2009 Playmate of the Month and was featured on the front cover with actor/comedian Seth Grogan. Her photos were so popular among readers that she was later named 2010 Playmate of the Year and again graced the cover. When asked if she plans to pose again, Dworaczyk sounds a bit unsure.

“It was a great experience for me and I’m glad I did it. When I’m my grandmother’s age, I know I won’t regret it. I want to experience everything, but now that I’ve done that, I’m ready to move on,” she says.

And moving on is exactly what the beauty has done. For the past three years, Dworaczyk has been producing the Canadian television show Inside Fashion for E! Channel. She was also hand-chosen by Donald Trump himself to take part in the 2011 spring season of Celebrity Apprentice where she was able to make it to the ninth week. Before being “fired” however, she was able to earn $20,000 for her charity of choice, Best Buddies International and, equally as important, Dworaczyk made good with the opportunity to prove she was more than just a pretty face.

“Celebrity Apprentice was one of the toughest jobs I’ve ever had,” admits Dworaczyk. “We were working 16-17 hours a day, from make up in the morning to shooting late into the evening. It was great exposure for me and, overall, a great experience, but I wouldn’t do it again. It’s a one time thing.”

With the television time under her belt, Dworaczyk now has hopes of doing a bit more acting. “I’ve started taking (acting) classes and I’m working on a couple projects now. I recently went on my third call back for a movie; I should find out soon if I get the part. I’m currently doing an animated show where my character has an alter ego that no one knows about. It’s been so much fun,” she says. “And, I’ve also got plans for a makeover show that will involve people who have had to deal with real hard ships. We are bringing in life coaches and will be changing people’s lives.”

As if that wasn’t all enough, the model/producer/actor has been asked to create an exclusive line of jewelry for the designer Sam Lehr. “There will be six pieces in all and we’ll be using precious stones,” says Dworaczyk. Once completed, the jewelry will be sold at Neiman Marcus and Saks.

With so much going on, you might think the California resident would have trouble making it back to the Lone Star State. But her close-knit family did manage to bring her back this summer. “When I was younger, I couldn’t wait to leave. Now, I love going back. I think if I hadn’t gotten to travel to other places, I might not appreciate how great Texas is,” she says. “In L.A. or New York, if you’re walking out of a coffee shop, people aren’t normally going to stop, wait and hold the door open for you. People are just busy. But in Texas, they’ll wait while you make your way to the door and they’ll even take the time to exchange a few words or a smile with you. It’s not like that anywhere else.”

Down home hospitality is not just something Dworaczyk admires, it’s also something she tries to live by herself. “People comment all the time about how friendly I am,” she says. “I tell them that’s because I’m a product of Texas.”

For Your Arts & Entertainment